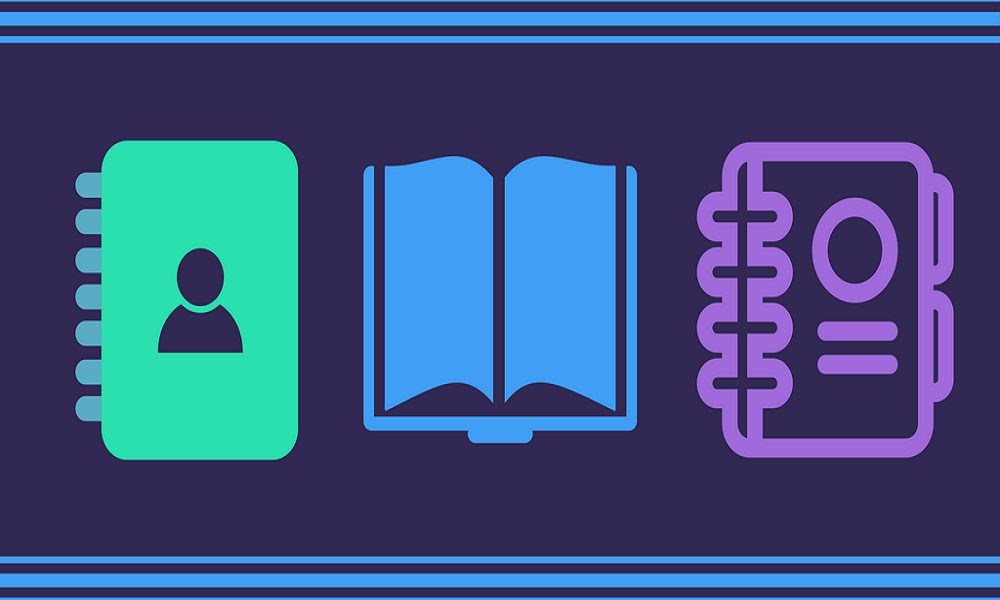 Luo Zhenyu became the target of the public because of the problem of the New Year’s speech. He was once again dragged out of his app knowledge payment model and was criticized.

The reasons for criticizing the payment of knowledge have become commonplace. Previously, the public “Chaos Cruiser” mentioned this passage in the article ” The Paradox of Knowledge Payment and Antidote” – knowledge is divided into three layers: knowledge, skills, and thinking.

The current knowledge payment, mostly staying at the level of knowledge, is an efficient version of ancient listening books, and can only be regarded as an intelligent way of entertainment. Real skills and thinking can’t be done through “listening” and “simple looking”, it requires professional training. I very much agree with this point of view. However, this critical view is not uncommon.

This article just wants to discuss some of the chaos under the concept of knowledge payment – the book.

I saw this question last month, knowing how to make money through writing?

When I saw this question, I felt that I was now falling to this point. Of course, I feel a bit curious. I want to see what the following praises say. One of the 97-year-old students named “Stars” tells their own experiences.

His words are very accurate – “opening the book.”

The so-called “open book” means that the book of the publishing house is probably browsed and written as a listening manuscript. In his original words, “It is to extract the essence of the article and write it to the readers, saving users time to read books. Just like storytelling, the difference between the manuscript and the manuscript is that the language is required to be spoken. The fee is generally around 2000.” .

He is now writing and unpacking the manuscript, and his evaluation of himself is, “It is an old book with a small bookboy.”

Within a month, he split the “The Fall of the Ottoman Empire: The First World War 1914-1920” published by the Ideal State Press into seven articles. The format is also very clear, he is in his own public article “1000 yuan a copy of the book is what the hell? ” There introduce the concept and format.

It was just that I had this book in my house, so I took it a little from the bookshelf: the book was a full 500 pages. British historian Eugene Logan interprets the decline of the Ottoman Empire and its far-reaching influence on the First World War, and explores the root causes of the current political and political powers in the Middle East.

This book is a big deal. I read the history books of the ideal country M series. According to the normal reading speed, this book should be read for 7-10 days. If you read the surrounding materials and watch the course, you can really use the extended reading method to solve this problem. It’s probably half a month or even longer to get to know seven or seven eight.

It’s hard for me to believe that this big man written by British historians can accurately and without error in the hands of a senior student who is writing a money-making class every day. He probably improved his ability to learn by splitting books, and he also got a lot of insights, and he also earned a draft fee. For a senior, this is a growth in some sense.

But what about readers and publishers? The “book-breaking” type of knowledge payment is probably not the case.

I don’t know if the white-collar workers in the first-tier cities know that they are reading the book every day by a senior student who is earning a full-time book fee. Will there be a feeling of eating flies?

The knowledge that I thought I could learn and show off was just the dregs that were thrown over by a college student who was swallowed up or even chewed. The false consciousness of the middle class is probably smashed at this moment.

The “open book” is essentially the anti-intellectualism that is packaged into knowledge-based payment, at the expense of the publisher to promote the so-called recording + demolition.

So you can see that even the ideal country has to start to adapt to this trend, develop an ideal app, and do some higher-level knowledge payment.

Of course, here I have to mention another kind of “open book” – the mediation and empirical interpretation of the book.

A friend worked in an investment company and helped the company CEO interpret the book Gray Rhino. He did a lot of things, but one more step – interviewing the CEO, combining his investment, writing and dismantling the manuscript, and finally looking for the manuscript dubbing.

The so-called entrepreneurial successor interprets the “Grey Rhino” course for a final price of 99 yuan. According to this friend, the split mode of the platform and the course makers is often based on whether KOL is strong or not, sometimes 55 open, sometimes 64 open or even 73 open. Quality control and process will basically determine the quality of the content. Getting the app is relatively strict, and other platform courses are often mixed.

In his view, the “open book” business is understandable, because “entrepreneurs and CEOs don’t have time to teach their experience, they can only save time in this way.” What he has to do is nothing more than to leave the essence of the content in the form of interviews and to spread the media.

From this dimension, He Gang, editor-in-chief of Caijing magazine, said, “The media people who refuse to accept Luo Zhenyu are still humbly.” In fact, there is still some truth in it – because knowledge payment has not been made in the media. Things.

But looking at another dimension, we can’t talk about heroes with success or failure. “Unpacking books” is an industrialized production model. The problems in this mode of production must be directly viewed.

Speaking of this, you can basically know the current “open book” production mode of most knowledge payment platforms:

3, find KOL as an endorsement, review the text draft, as a brand endorsement and flow of large coffee products.

In fact, the big coffee is just a mascot in front of the so-called knowledge, a man of reading. At most, it’s just a check-in, to ensure that these contents are correct nonsense.

When urban white-collar workers see these so-called knowledge-paid content on the platform, they often think that it is a big coffee to interpret these contents. These contents are really based on the research results that the big coffees have been studying for the public for many years.

To put it bluntly, this is a business model that considers cost and profit very much.

Among this model, there is KOL as the endorsement of the brand, and there is a platform as the basis for traffic, and there are peripheral services for unpacking and speaking. To ensure profits, the platform has to save KOL time, reduce the cost of splitting books and lectures, and make the business of Xuanfa well.

In the end, it is all about whether the platform is conscience or not, and whether the quality control is passed. I don’t deny that I get the app and the Himalayan has some relatively high quality content.

However, most of the platforms, in the end, are all operating in the flow of “raising pigs”, regardless of product quality.

Previously, NBE Game Studio had such an article – “Game companies and players, just a pig game.” The article says:

Under the stimulation of long-term numerical incentive mode, in the constant market brainwashing atmosphere, in the endless stream of VIP service pits, in the long market malformation environment, “pig” and “pigger” have entered a near-unconscious state. .

The situation of paying for knowledge is similar. It is simply the flow of users as a “pig”, platform and KOL as a “pigger”.

In the end, “opening the book” became the best way to deal with the extreme traffic in this deformed city. The “opening of the book” is divided into good and bad points, and whether it is responsible for the dismantling.

The phrase “content entrepreneurship has a manuscript, and knowledge is paid for by splitting the book” is a bit absolute. What I actually want to express is that the manuscript is to tamper with or delete the original content of others. The most valuable part is still copied. .

Some knowledge-based payment platforms, in fact, do not differ much from the manuscripts. The deletion of a book into a tens of thousands of words gives people a “read”, creating a sense of fullness, and the content is not necessarily accurate, even Deviations and misunderstandings may occur.

I am very disgusted with this “open book” model, but I have to say that the knowledge payment platform finds a college student to split the book. This is a fraud for the white-collar workers in the first-tier cities. There are problems in morality, but they are sold to people in the third- and fifth-tier cities. It is not a problem. This is a business with a normal logic and a reasonable model.

As a new entertainment program, it even has the same enlightenment as CCTV’s “Hundreds of Lectures”. As for whether or not you can live a good life, it certainly does not bear this responsibility.

I mentioned in the article “Listening to Content Consumption Upgrade and Consumption Rating” that the knowledge payment model is essentially a subset of content consumption, which is more of an entertainment need than listening to music and watching movies.

If you spend most of your knowledge on knowledge as a knowledge, its high probability is overestimated. But if you just look at it as an entertainment consumer product, it is not as strange as TV shows, variety shows, movies.

Even, our university education is not another kind of “open book” – I myself as a Chinese student, I have never seen a original book in the course of comparative literature and modern literature.

From this dimension, knowledge payment does not even assume the function of university basic education. It seems that there is nothing wrong with “opening the book”, especially the well-removed books. It even plays the role of “editing textbooks” in social universities.

Luo Zhenyu said this in an interview with Xu Zhiyuan in the first season of the “Thirteen Invitations”:

People are in the hall and choose a door to line up. Only he, not joining any team, but just using a minute to open any door for everyone to see. Anyone who is willing to look at it can gain something.

This sentence is actually basically accurate. The old saying goes, the master leads the door and practices to see the individual.

Paying for knowledge, if you just think of it as a door, the world behind you explores itself and builds a knowledge structure based on your own self-learning ability, perhaps its greatest value.